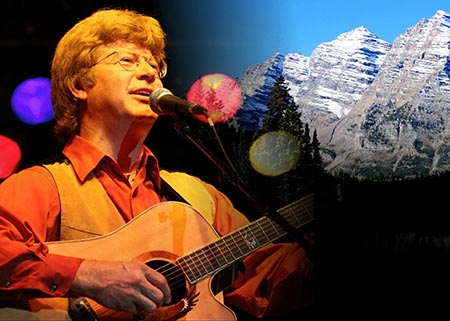 The untimely death of John Denver in 1997 was a tragedy that was felt the world over. Such a void in the musical world left John’s ardent fans demanding that his music survive. CBS television responded by producing a made for TV movie: “Take Me Home: the John Denver Story,” in which Jim Curry’s voice was selected as the voice of John Denver. Jim Curry has now created the ultimate tribute experience, emerging as the top performer of John Denver’s music today. Often performing with John Denver’s former band members, Jim Curry’s tribute is the first and only full-length John Denver tribute to headline in Las Vegas and has been celebrated nationally and internationally.